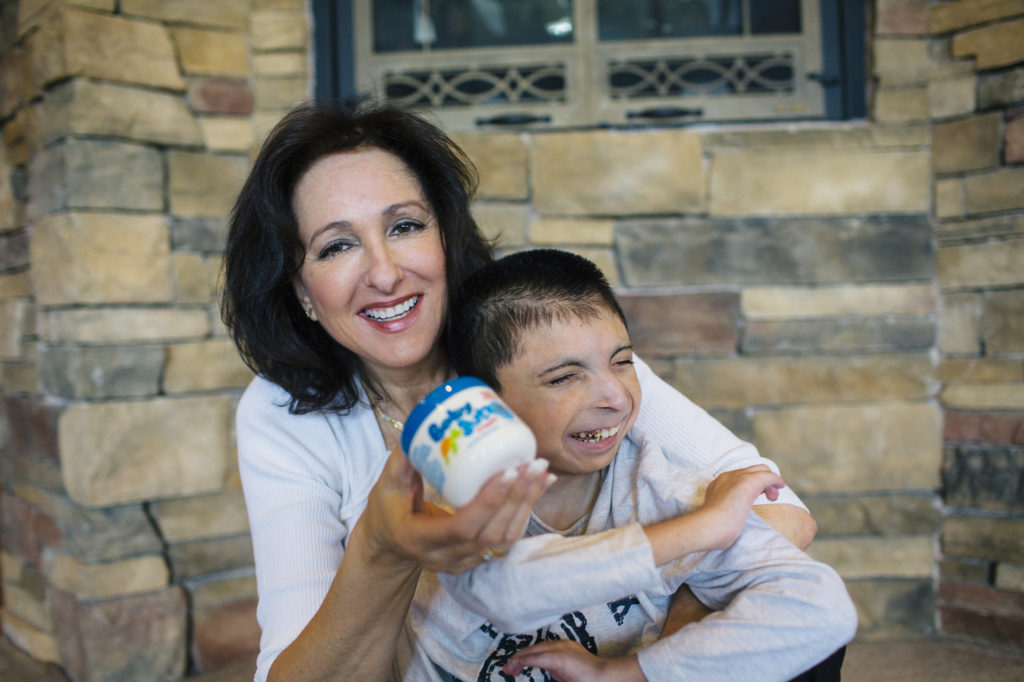 The reason for my purpose and passion for creating a diaper rash cream was born out of pure necessity.

My first child was born with a rare syndrome, Cornelia de Lange. Since his birth, he has been in diapers 24 hours a day, 7 days a week which has forced me to learn a lot about diaper rash.

My son spent endless hours at the Children’s Hospital during the first 3 years of his life. During his stay at the hospital he developed diaper rash and was, treated with a cream formulated from the Hospital Pharmacy. When the Hospital Pharmacy closed, I tried every diaper rash cream available, anything and everything that promised a “cure”, none were effective and not one came close to the product that was provided from the hospital pharmacy.

My son had terrible bouts of diaper rash, his poor bum looked like raw hamburger and he was always in pain. I was desperate to find a safe product that would prevent and heal his diaper rashes but most leading brands of diaper rash cream contain perfume, alcohol and chemicals…Ingredients that should NEVER be in baby products. The other “natural” diaper rash creams were mostly made up of oils and waxes, wiped off easily in diapers and didn’t help with healing a rash.

I decided to formulate my own diaper rash cream for my son, Demitri.

Working in conjunction with a Consulting Research Chemist, I modified the formulation that was used in the hospital ensuring that all ingredients were natural. The cream worked so well that the doctors who cared for my son encouraged me to sell the product so that it could help others.

This is how Baby Butz cream was born.

In the seven years I have been using my cream on my son he has never had a diaper rash. My cream, Baby Butz, works better than any other diaper rash cream on the market. It is the safest, most effective natural diaper rash cream available without a prescription.

Paediatricians across Canada and USA are handing out samples of Baby Butz cream to their patients and the cream is being used in several hospital neonatal units.