Baby Butz Blog: 35 More Things That All Toddlers Will Lose Their S*** About!

Last week I shared this picture from nickmom.com and the Facebook feed went crazy. I am fairly certain it was Baby Butz most shared social media post ever! Since it was so popular, and because I am also the parent of a 2 year old toddler I have decided to write my own. Without further […]

What Do You Really Need For A Newborn Baby?

It is becoming increasingly more common for new parents to take the minimalistic approach to early parenting. This means that instead of creating a fancy nursery oversupplied with baby goodies, parents are saving money by going minimalistic. This is a great approach if you are living in tight quarters, have many children already, or are […]

In case you are just joining us right now, a portable changing station is a change station that is not stationary. Basically, it comes with you all around the house and makes diaper chasing a hassle-free breeze. I have mentioned my love for our portable change station a few times before. Today, I’ll show […]

Baby Butz testimonials from the Golden Globes and Oscars

Baby Butz at the Golden Globes and Oscars 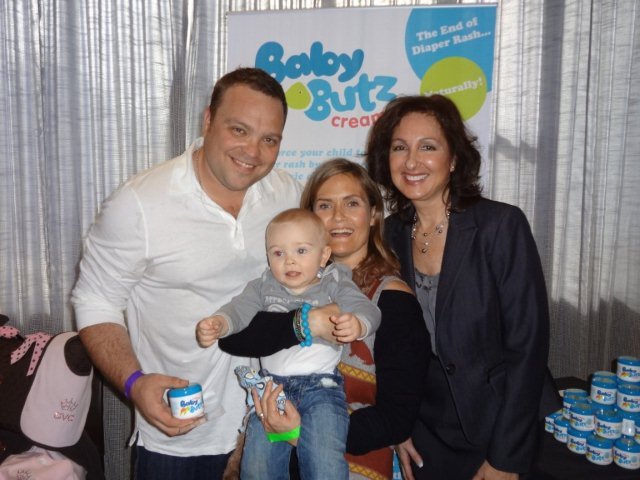 Why Are Some Babies So Prone To Diaper Rash?

Banishing Re-Occuring Diaper Rash On Sensitive Skin At first it looked like that diaper rash was all gone, but now it is back with a vengence. Constantly opening your babies’ diaper only to find an angry red rash can be quite unnerving. You may even feel as if you are doing something wrong!  Rest assured, if your child […]

Here are 3 important facts about the Baby Butz, all natural diaper rash cream ingredient Petrolatum: 1. Petrolatum is Safe! According to standards established by Health Canada and the Canadian Cosmetic, Toiletry and Fragrance Association (CCTFA)- Petrolatum is considered to be universally safe and non-toxic. 2. Petrolatum is derived from very refined crude oil  Although, […]

Testimonials from Physicians adds credibility that Baby Butz cream is the safest and most effective diaper rash  treatment available without a prescription. “this product is simply incredible. I am so thankful for it. I didn’t know about it with my first child and so he had several severe rashes. my second child has never had a single one using […]

Could Certain Foods Cause Diaper Rashes?

Is your child suffering from frequent diaper rashes, it may have something to do with their diet! Certain foods that are particularly acidic like tomatoes and citric fruit may cause an irritated rash that looks similar to a diaper rash. Despite what it looks like a rash caused by food sensitivities is different than a […]

Can Teething Cause A Diaper Rash?

Frequent diaper rash- could teething be the culprit? If your child has recently become prone to diaper rashes and nothing seems to work to treat it, the problem may be teething! Nobody knows why this happens but when babies’ teeth come in they tend to drool more, leading to bouts of diarrhea. As unpleasant as […]